Realtor Linda Pinizzotto is an Influencer

Linda Pinizzotto is a real estate sales representative, known as an influencer through her vast media attention and founder | CEO of the COA the Condo Owners Association.  Linda is an entrepreneur, investor, radio show host, public speaker and very proud to say a Mom and Nana.   She has engaged in numerous volunteer organizations and sports organizations having received extensive awards of recognition for her contributions.  The epitomy of recognition is being Knighted by the Order of St. George as a Dame of the Order and the Femal Innovator Award from the Toronto Waterfront Magazine.

Linda began her real estate career in 1979, over 40 years ago.  She was working at Atomic Energy as their Engineering Liaison for New Brunswick Power, after having left Kodak Canada when she moved to Mississauga from Toronto.  Linda's entrepreneur aspirations drove her towards a real estate career and she realize the flexibility would allow her to have a family, an opportunity to raise her children yet still be able to have a career. It wasn't a surprise when Linda’s first real estate transaction was a double ender representing both the sellers and the buyers.  She  knew she chose the perfect career.  It wasn’t easy in the early 80’s, Linda’s first son Jason was born in 1980, then came Marc and Steven.  By 1984 Linda had 3 sons.

Most would consider Linda’s passion to be a great mom and have a successful real estate career an enormous challenge back at that time before computers and the MLS system existed. “Offers had to be typed twice because the print wouldn’t get through 6 copies of carbon paper” says Linda who used to carry a typewriter in the trunk of  her car.   It was interesting times, in 1981 interest rates were at an all time high 19% - 21 3/4%.  We didn't have Canada Mortgage and Housing Corporation CMHC, high ratio mortgages.  Every transaction we included a Vendor Take Backs (VTB) on mortgages.   The market had a shift in 1985 and the market started crashing in late 1989 – 1990.  Linda knew her sales would drop like a stone so personally met with Vice Presidents of the Major Financial Institutions (CIBC, TD, Scotia Bank, BMO, Laurentian Bank, Central Guaranty Trust, Home Savings & Loans) to pursuade them to list their Power of Sale properties with her.  Linda received the contracts and sold over 153 Power of Sale properties representing these major Financial Institutions POS properties. She carried a shovel in the trunk of her car to clear driveways, walkways in the winter months and mowed lawns with an electric lawn mower in the summer months until Property maintenance companies entered the scene.

Linda was selling homes, representing buyers and sellers, raising a family and travelling back and forth with her sons while they played rep hockey and baseball.   She enjoyed helping others so she squeezed in coaching basketball, t-ball and baseball when she wasn’t volunteering at her son’s schools for special activities and play days.    Linda has years of volunteerism in minor sports throughout her real estate career.  She was a Director with the Lorne Park Baseball and Hockey Association and later she would become the first female Ontario Baseball Association (OBA) Juvenile Convenor for the Lorne Park Baseball Association and first female General Manager of the Junior B Stoney Creek Spirits Hockey Association of the Ontario Hockey Association (OHA).   Linda's life went full circle, her Real Estate career excelled and her volunteerism shifted to political and real esatate advacy while hers sons ambitions and hockey life in the household turned pro. 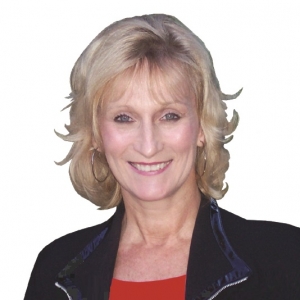 Linda's accomplishments speaks for itself as a distinguished Veteran Realtor, Public Speaker and Founder of a Non Profit Association.  She has won numerous Awards of Distinction as an Industry leader having established a reputation for hard work and a strong determination to do the absolute best for her clients, family and friends.  “It’s all about the negotiations and making sure that my clients have the best results when they buy or sell”.   Linda recognizes that her clients need to capitalize on their single biggest investment and she knows they trust her implicitly to protect their interest.   She facilitates an efficient professional marketing plan geared for prompt successful results through an effective city and provide wide campaigns.   Linda provides detailed information and facts on properties and offers a range of Real Estate services and a team network to assist in the residential and commercial markets.   Buyers and Sellers can depend on Linda, her Real Estate Group and her Network on representation and also to enjoy a series of benefits available to all of her clients, corporate relocation and referral program.

Linda takes great care to ensure you make the right decisions when it comes to real estate investments. Whether you are buying or selling, residential or commercial properties, Linda and the Influencer Realtor | Linda Pinizzotto Realtor | Entrepreneur Group care about you and will guide you every step of the way.

Linda lives in South Mississauga.  She is the Proprietor the Linda Pinizzotto Real Estate Group.  The Group offers specialized services in all aspects of Real Estate Sales and Representation.  Her Clients can feel confident to know that their real estate needs are always protected and serviced with the utmost care with extensive knowledge and professionalism.

Linda has three sons, all married with beautiful wives and wonderful children.  Her sweet 5lb chihuahua Shelby is always ready to show Linda and her loving husband Derrick Thomas tons of love and affection.  Linda's sons are former pro Hockey Players.  Steve played in the National Hockey League with the Vancouver Canucks and Edmonton Oilers while Jason and Marc followed their dreams of professional careers in the DEL in Germany.